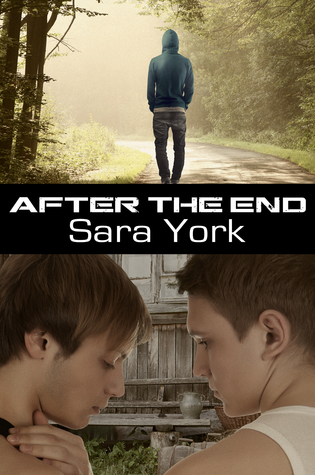 With international flights crisscrossing the skies on an hourly basis, are we ever really safe?

When a strain of the Ebola virus mutates; it spreads quickly leaving the medical community shattered. People are dropping in the streets and life, as most know it, comes to an end. Two city dweller survivors, Dean and William, are forced to flee the city and live in the wilderness—where dangers lurk behind every tree and in every valley. Not everyone alive after the end is good, and William and Dean are faced with challenges that would bring many to their knees.

Growing up in the hood of Atlanta, Dean knows how to overcome trials, but he knows nothing of love. Can he sustain a relationship with William, or will his doubts end them before they even have a chance?

From birth William has had a silver spoon in his mouth and two in each hand, but the end brings him face to face with reality where he has to take responsibility for his life. After the end, money has no meaning, and life is lived on the edge.

Join William and Dean after the end and find out how close to the edge they come.

Sara York has brought out a nightmare of a situation, and allowed us to view and experience the downfall of the world, but still was able to show us hope in this wonderful book.

There have been books written about the end of civilization, and while this book is fiction, it still allows the reader to feel like “what if”, and for that I have to say thank you.

Nobody wants to think of the end of the world as we know it, but to see how these two characters deal with everything and learn how to survive and trust in each other is awe inspiring. There are many twists and turns, but as found in life, sometimes life doesn’t turn out the way you thought.

To see how Dean over comes his fear of what he thought love meant, and how William was able to put his fear of what others thought was wonderful for me. That is what I find so refreshing about this book. While this book brings about the end of modern civilization in a way, it also shows just how strong we are, or how strong we can be.

Writing is Sara York’s life. The stories fight to get out, often leaving her working on four or five books at once. She can’t help but write. Along with her writing addiction she has a coffee addiction. Some nights, the only reason she stops writing and goes to sleep is for the fresh brewed coffee in the morning.

Sara enjoys writing twisted tales of passion, anger, and love with a good healthy dose of lust thrown in for fun.